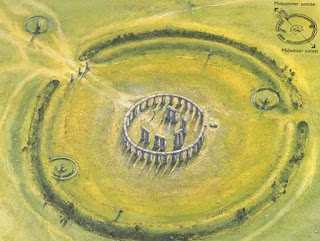 The cremated remains of 14 women have been discovered at Stonehenge, challenging prevailing perceptions about the prehistoric monument. A recent excavation of “Aubrey Hole 7”—one of 56 pits dug outside of the iconic circle of stones—uncovered the bodies of nine men and 14 women, who were buried between 3100 BCE and 2140 BCE. Long bone pins, believed to be hairpins, were also unearthed during the excavation.
Archaeologists believe that anyone buried at Stonehenge enjoyed elevated social status — as religious and political leaders, members of prominent families, possessors of special skills — and so the new discovery calls for a re-examination of the roles of women during the late neolithic period. “The archaeology now shows that as far as the burials go, women were as prominent there as men,” said archaeologist Mike Pitts, editor of British Archaeology and author of the book Hengeworld. “ This contrasts with the earlier burial mounds, where men seem to be more prominent.”